I remember the first time I went to Milan I really didn’t get it. It was too big, too grey and too Nordic while being Italian.

Ever since, every time I went back I realized that my liking was increased at every visit.

My husband had planned a weekend trip with his friends and I got inspired to organize one of my own. My closest friends from the university are all scattered around Italy and it requires some planning to be all at the same time at the same place. This time we choose Milan.

Because the way the weekend had been picked was very random we hadn’t realized that it would be Milan Fashion Week. We sensed that something was up looking at the prices and availability of the hotels, but we didn’t care enough to investigate.

We arrived all from different directions and spent the first hours just sitting on our beds and updating each other with the latest news. Mostly because of the hunger we realized that it was time to get moving and we quickly made a plan thanks to the insider prospective of one of us. We were staying close enough to the Isola neighborhood and we decided to head that direction. We walked in that Milanese rain that I used to hate but now felt like half-way-home and arrived at Deus café, a cocktail-bar slash restaurant slash shop. It was packed when we arrived for aperitivo but it took just the time of a cocktail to get a table. The atmosphere was good and Italian, busy and fancy but not too much and without really realizing it, it was already 2 o’clock.

All the metro had already closed so we just walked to the hotel, passed the Vertical Forest, one of those train junctions and the Monumental Cemetery. It had been so long till the last time we had walked home together that it felt like the most luxurious thing. 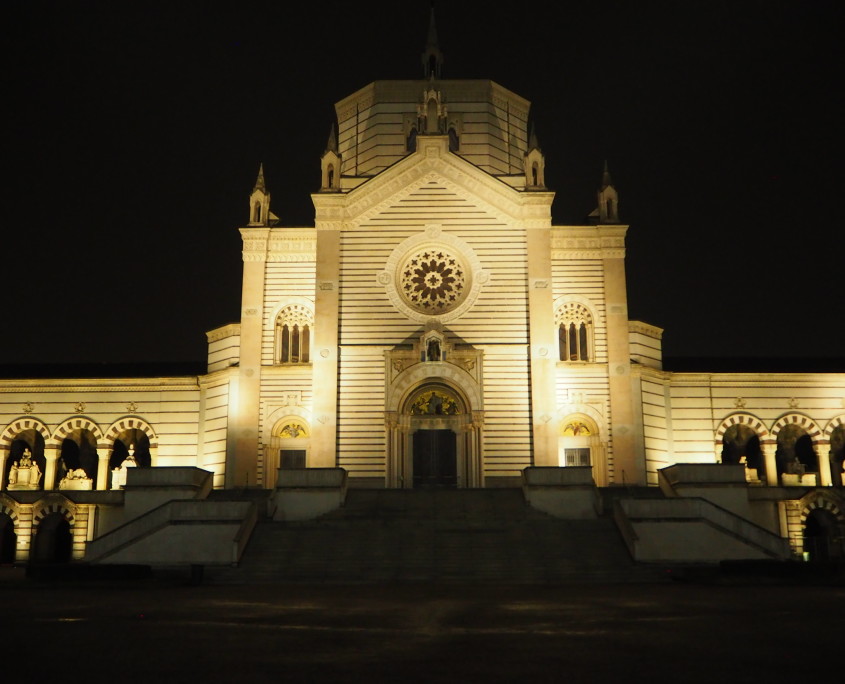 We had an alarm at 9 and that’s exactly when we all realized that we were hangover. After a necessary slow start we managed to get to the Fondazione Prada. We had very short wish lists, but this place was on all of them and we made it a priority.

The golden building in such an industrial context deserves the fascination and it makes you want to have a golden house as well, just for the fun of it. We had checked what exhibition they had at the moment and we were not particularly impressed, so we simply skipped it. I had read also about Bar Luce, the bar of the complex, designed by Wes Anderson almost as a movie set and I wanted to check it out. When I saw how expensive the pastries were we easily decided to have breakfast somewhere else. 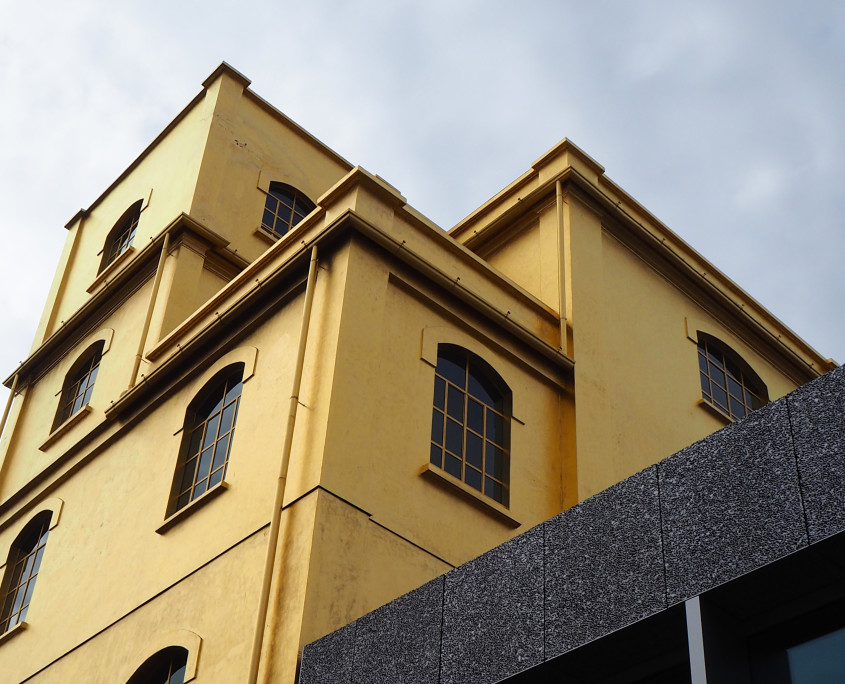 Since one of us could not reach us in Milan, we went her way to Pavia.

She was waiting for us as effortlessly gorgeous as she always does and we went for lunch at Peo, a very authentic Italian restaurant. We ordered risotto alla Milanese and the biggest cotolettas I had ever seen. It felt like we couldn’t go wrong and we were right, they were delicious.

We didn’t really do much after that, we simply kept on speaking about everything and nothing and we just hopped on a train back to Milan when it was already dark.

We already knew we were heading to The Botanical Club for dinner and since we were not really hungry we stopped by the Mudec, Museum of Culture. They had a beautiful exhibition about Frida Kahlo, but we decided we were a bit too tired and maybe a bit hungry after all to really enjoy the exhibition, so we crossed the street and reached our destination.

We were evidently the least fashion- week-people in the whole restaurant and I shocked the waitress ordering Udon cacio e pepe with sea urchin and lobster, apparently the fattest dish on the menu according to him. Any time he passed around I made sure I expressed how much I was enjoying my delicious meal.

After dinner and one gin tonic each we called it a day, walked through the smart and beautiful Passerella Elvira Leonardi Bouyeure, got a metro back and set our alarms so that we could enjoy a bit of Milan before we all had to leave.

We woke up to a cold and gloomy city, the forecast feared snow and we went on with our plan of discovering the Monumental Cemetery. With that weather, being in such a quiet place was almost meditative. We walked around the beautiful tombs, small crowds in front of the famous deceased. Since we were getting cold and Maddalena had anyway to catch a bus to the far south of Italy we slowly went to the station.

Saying goodbye is always difficult but we kept it decent and Olimpia and I went on with the exploration of Isola, secretly aiming to reach the Chiara Ferragni store. We passed in front of a building made of paillettes , had a quick look around and decided to walk to the city center.

The way between Isola and the Cathedral is extremely beautiful: the sequence of elegant streets and nice shops (I need to mention 10corsocomo and its beautiful courtyard) really make the walk pleasant so that we didn’t really think where we were heading and somewhat just reached the Cathedral without a plan about what to do next. We had had a big breakfast so we were definitely not hungry and we had a couple of hours before our departures. Suddenly and very randomly I had the idea of going to the Museo del Novecento. Beside a great collection, the building has the most outstanding view over the Cathedral and its square. It was really the perfect way to spend some spare time and end out short trip. 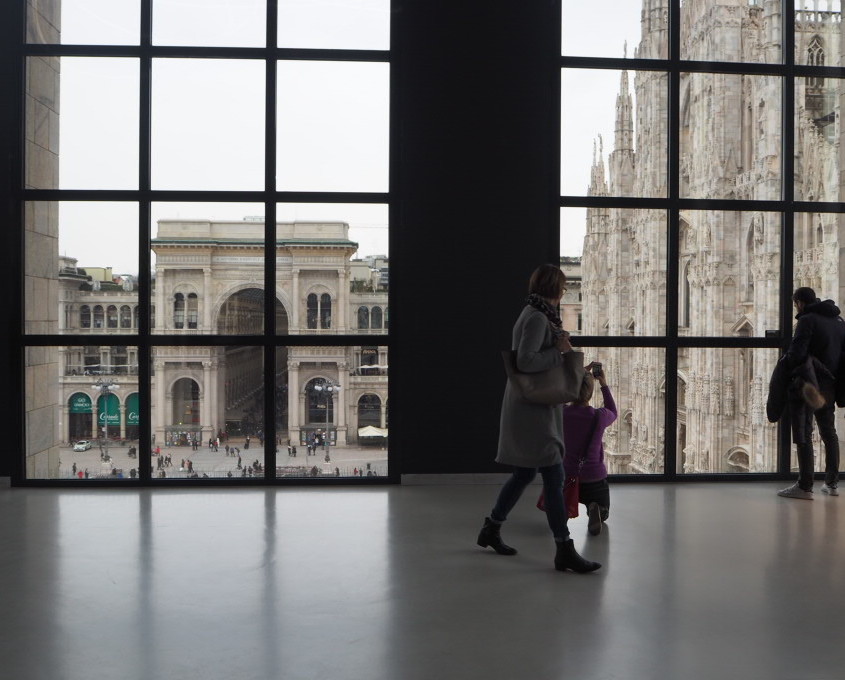 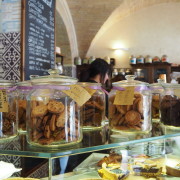 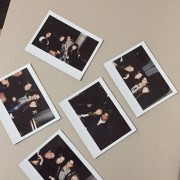 my favourite "second breakfast" in Macerata

the perfect 11-days-trip to Japan
Scroll to top