When you think of Morocco few people would think of Fes. Marrakech outruns the popularity of any other city with its luxurious retreats, picture perfect décor and heavy exotic vibes.

I didn’t some research and I realized that that was not what we were looking for so we decided to book a long weekend in Fes instead, surprising almost everybody we told to.
We were looking for a relaxing holiday and an authentic place where we would not be overwhelmed by the things to see so this felt like the perfect fit. And it was.

As I always do, I read plenty about the city and decided to make a list of my own about what to expect, what to do and how to do it. 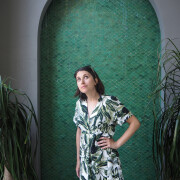 whatever worked
Scroll to top