While the Dutch healthcare system doesn’t really advertise prevention, it does offer a PAP test (or the unpronounceable “uitstrijkje”) to women aged 30 to 60.

This exam is performed by a doctor to test for cervical cancer in women and I will start with a list that summarized very quickly what you should do if you want to get tested:

Now, if you are interested, I am happy to share my personal experience. I think it can help other women to feel understood, know what to expect and learn more about the importance of this test.

Just after my 30th birthday I received the invitation letter for the first scan and I planned it at Huisart Poelstra, my GP, for the beginning of November 2017.

I went in and the assistant of the doctor asked me some simple questions about my general feelings and eventual symptoms and what was my experience with contraceptives and gynecological visits. She performed the least invasive exam and informed me that my cells would be sent to the lab to test the presence of HPV virus and to wait for a letter to arrive at home with the results.

As she had forecasted, within a couple of weeks I received a big envelop informing me without alarmism that I tested positive to HPV and attached to the results was a very well written and illustrated brochure explaining that 5% of all women tested are positive to HPV, that the body is perfectly capable of eliminating it on its own (process that might take up to 2 years) and that I should expect an invitation for a check-up in 6 months.It felt disappointing and, at the same time, not something to worry about so I just decided that all I would do was to wait.

Six months after, around May 2018, I received the invitation for the check-up. I followed the same exact procedure as the previous time, with the same reminder that I would receive the results within two weeks.

Before receiving the letter at home though, I received a call from the secretary of the GP saying that they had just received my results, that the HPV persisted and there were slightly abnormal cells that needed to be checked by a specialist. She asked if I had a favorite gynecologist and, when I replied that I didn’t and I was open for suggestions she would personally follow, she directed me to the Sint Franciscus Gasthuis, in the north of Rotterdam. She told me she was going to prepare the recommendation letter (here in the Netherlands it is necessary to visit a specialist) and promised she would work on it right away ,so that I could pick it up the following working day.

I sat on the most comfortable chair in the house for at least 30 minutes trying to figure out if I needed to calm myself down. At that point Sourena, my husband, got suspicious and asked what I was doing, listened to the update and started cross checking information online. After a while he came back saying that I was not going to die and because he is to be trusted with data analyses, I immediately snapped out of it and just waited for the weekend to pass.

In the meanwhile, the letter with the results arrived and, as the previous time, the explanatory brochure came with it and I knew that I was then in the more exclusive 2% of women.

When the weekend was finally over, I went to pick up the recommendation letter for the specialist and called the hospital right away to make an appointment. It was a good thing that I was still at the office of the GP so that I could ask a couple of codes that made it easier for the secretary of the specialist to understand the urgency of the case. She scheduled an appointment for the following week with doctor van Hooff.

I didn’t know how much to spread the news and at the end decided just to tell my boss and the office manager that I was running some health exams and that it was best to keep me busy with things. They were the sweetest about it and I am really glad I opened up more than I normally would.

I went to the hospital and asked Sourena to give me company. Upon registration at the entrance, I was directed to the third floor where the gynecology department is. I introduced myself to the secretary and was to wait, so we sat next to the biggest mural puzzle and within 5 minutes I was called for my appointment.
After a first round of questions and general introductions, the doctor and his assistant started the exam. For clarity they suggested taking a small biopsy and analyze it to confirm what the doctor thought was a mild case of abnormal cells, the least serious level. I obviously agreed to the biopsy and it was quickly over. The doctor said he would call me as soon as he had the results and recommended not to keep on avoiding smoking. I thank him and found myself waiting again.

10 days after he called me, on the only two minutes I was not waiting by the phone, and left a voice message saying that everything was as expected and that the cells were indeed in the mild abnormality category. He invited me to make another check-up appointment in 6 months. Amazed by the timing and thankful I had a voice message to listen to as many times as I wanted, I decided it was good news and that I could enjoy the rest of the summer.

As usual, time passes and it was time again to make the following appointment. I scheduled it directly with the gynecology department of the hospital for the beginning of January and just a couple of days after I made the appointment, I received the bill of the previous visit at the gynecologist: 531,06€. For 2018 my verzekering eigen risico (the health insurance deductible limit) was set at the max 885€ so I did see the full bill and I can’t deny I was quite amazed by the price. I immediately changed my eigen risico to the lowest (385€) and changed my mind about health insurances.

I went again to the same hospital, with Sourena. The procedure was very similar to the previous one, but much quicker and it was performed by the assistant after I agreed to it.On the way out, the doctor asked me to schedule a phone appointment with the secretary, so that we could discuss the results. He said that he didn’t expect further deterioration of the cells and most probably we would schedule the following check-up in one year.

Days passed fast and as scheduled he called to say that indeed everything was according to expectations, the degree of craziness of my cells had gone from level 3A to level 2 and we could schedule a check-up in one year.

I guess it’s going to be a long way of check-ups and I strongly encourage women to undergo regular controls to prevent possible problems, learn more about themselves and enter in a stronger connection with their body. There is nothing invasive about this particular exam and every professional I encountered along the way has taken extra care to involve me in the procedure. They were more than happy to answer all my questions and they managed to keep the alarmism to the lowest possible level, showing their experience and explaining statistics instead of reasons to worry.
I can’t stress enough how much I appreciated it. 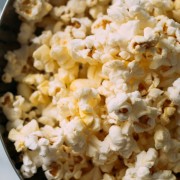 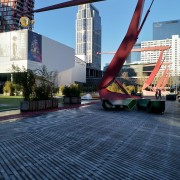 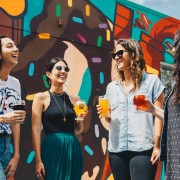 only in Rotterdam
Scroll to top